Kerala named ‘The Most Welcoming Region' in the world awarded by a survey conducted by the popular traveler platform booking.com and they reveal that Kerala is the top one of the welcoming regions among the worldwide by their Traveller Review Award in 2021
The booking.com has given the top ranking position for Kerala based on over 232 million verified reviews from travellers. In the category of ‘Most Welcoming Region' in India, Kerala has taken the first position for the fourth time, followed by Goa and Puducherry. Among the ‘Most Welcoming Cities' in India, out of the top five cities , Mararikulam, Thekkady and Varkala are in Kerala and other two are Palolem, Agonda.This award has given to kerala based on certain pointers such as hospitality, cleanliness, location and safety on the Covid -19 pandemic, as reviewed by the guests.

Booking.com revealed the top five most welcoming regions in India according to its Traveller Review Awards 2021. Kerala has topped the list in India once again as the ‘Most Welcoming Region' in India followed by Goa, Puducherry and Rajasthan. Palolem, Agonda, Mararikulam, Varkala and Thekkady are the top five most welcoming cities in India. The awards further highlights – resort, homestay, guest house and apartment to be among the most welcoming accommodation types for travellers in India after hotels.
#keralatourism
#keralatourpackages
#keralanumberone
#godsowncountry
#mostwelcomingregion 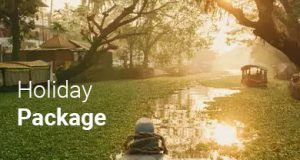 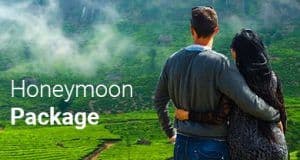